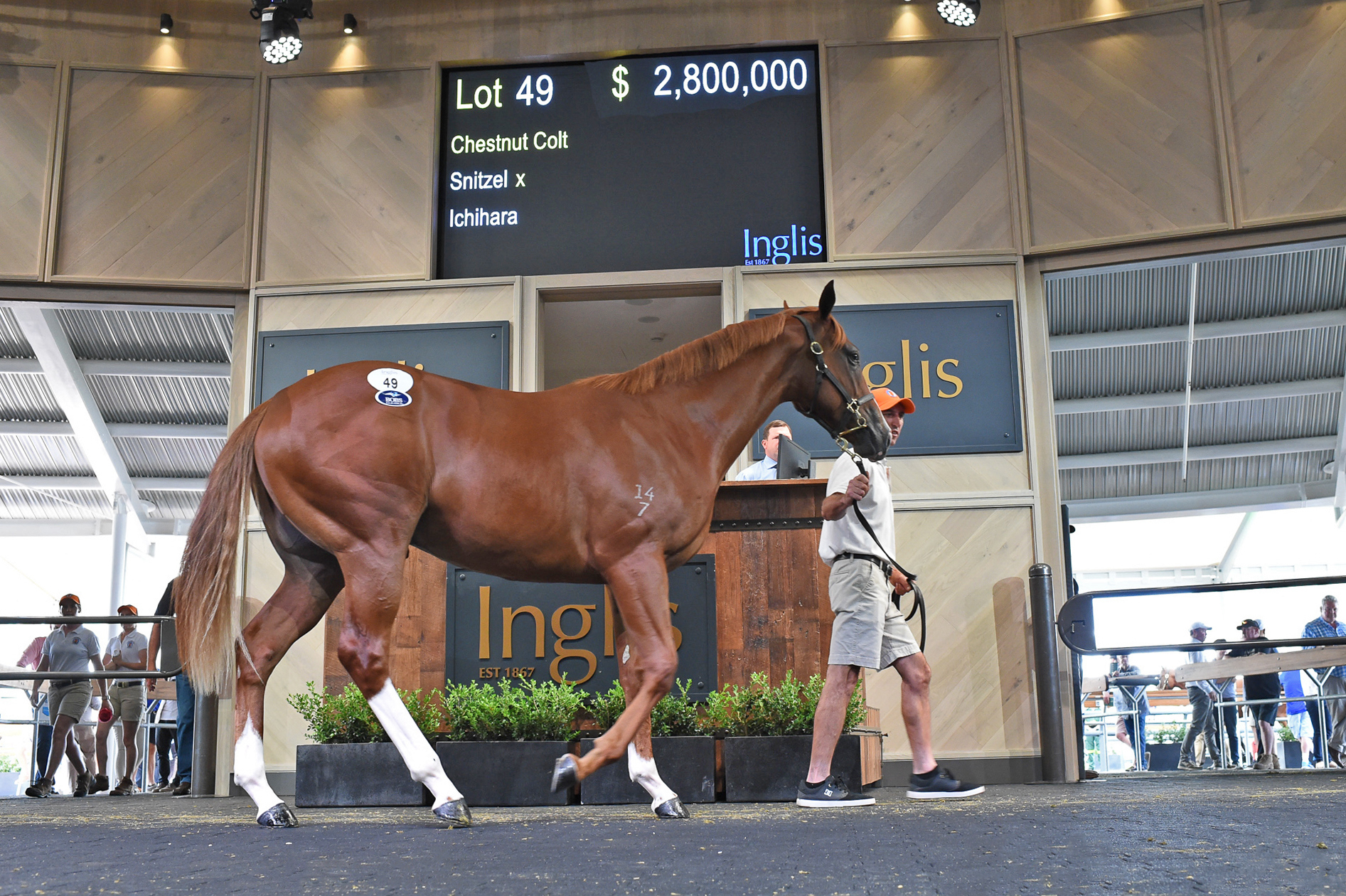 OVER generations the Inglis Australian Easter Yearling Sale has earned its reputation as the pinnacle of the local season, a sale comparable, both in quality offered and value available, to the great northern hemisphere sales of Keeneland, Newmarket, Kildare or Deauville. Thumbing through the pages of the 2020 catalogue leaves the observer in no doubt the coming sale will offer both quality and value in abundance.

There is the old adage ‘of lies, damn lies and statistics’, but the basic numbers for the Inglis sale at Riverside Stables, Sydney for 2020 require no embellishment or jiggery-pokery to impress. Among the 514 lots, on that size considered a boutique sale, there are no fewer than 30 yearlings whose dams won at Gr.1 level, an impressive 5.8%. And there are also 52, half, three-quarter or full siblings to Gr.1 winners in the book, a tick over one in every 10 who will take to the stage.

Sebastian Hutch, Inglis general manager Bloodstock Sales and Marketing, made a compelling case for buying from Easter when he said, “since 2018 alone this sale has produced 15 individual Gr.1 winners, 10 of those being colts and so potential stallions. That’s double the tally of the next best of our competitors and the record of Easter graduates progressing to be next level broodmares is also outstanding”.

The level of international investment in the Australian market continues to grow year on year and Sebastian believes this can be attributed to the market’s perception of Australia as a place to buy. He also believes the willingness of Australasian vendors to part with their best stock sets us apart from the rest of the world.

“Thanks in no small part to the excellent work of Aushorse it’s been recognised around the world that the very best yearlings in Australia represent stunning value when compared to the other flagship sales around the world. That’s not just in terms of their raw cost, but also in relation to their potential return on investment either through the exceptional scale of prize money on offer in Australia or as long-term breeding stock.

“One factor that makes the Easter Sale appealing to the overseas investor is the accessibility of the highest quality yearlings. Rarely in the northern hemisphere will yearlings of this nature come on to the open market as they are generally retained by their breeders. Whereas, in Australasia, breeders are prepared to sell, with a significant proportion of them sent to Easter for us to maximise their return,” he said.

The international honour roll of Easter graduates is lengthy and in recent years they have won stakes races in 10 separate countries from Hong Kong, with the likes of Athero and Able Friend, to South Africa, with Mustaaqeem and Atyaab and of course Merchant Navy’s success on the hallowed turf of Royal Ascot.

Hutch was at pains to point out success at Easter wasn’t always found at the top of the market. “It is an extraordinarily potent sale in terms of quality both domestically and internationally, and while synonymous with big priced yearlings, the opportunity to find value shouldn’t be overlooked. It’s not just a sale where people can come and buy the best of the best, but often they can buy the best of the best at value prices,” he offered.

Hutch also raised the point that unlike other sales Easter does not focus on precocity, yet it has accounted for six Gr.1-winning two year-old graduates since 2016, proper horses like The Autumn Sun, Estijaab and Catchy to name a few. Coincidentally buyers have the opportunity to purchase full or three-quarter relations to all three at this sale.

It has been well documented that the local economy is currently experiencing pressure thanks to issues beyond our control. But almost as if to spit in the eye of all those doomsayers who have the Australasian bloodstock market about to crash and burn, both the Inglis Classic and Melbourne Premier Sales recorded significant increases across all the important metrics and there is no reason to think Easter, with its abundance of quality, won’t do the same. ©