An interview with John Kennedy

How would you describe your 2020 MMGC draft?

The yearlings are currently in the early stages of their preparation for the sale in January and we are very excited about presenting them to the public. Through Fastnet Rock, Pierro, So You Think, Rubick, Pride Of Dubai, Vancouver, No Nay Never, Air Force Blue and American Pharoah we are represented by a very well balanced group of sires. Fastnet Rock, Pierro and So You Think have firmly established themselves as leading proven sires in Australasia and have all enjoyed a fine start to the 2019/20 season. In Rubick, Pride Of Dubai and Vancouver we have three of the most popular young colonial stallions in Australia. While in American Pharoah and No Nay Never we have two of the hottest young sires in the US and Europe, who we have great faith will be hugely successful in Australian conditions. Buyers will be presented with a very well prepared draft of quality yearlings where there will be a horse to fit most budgets and personal preferences. 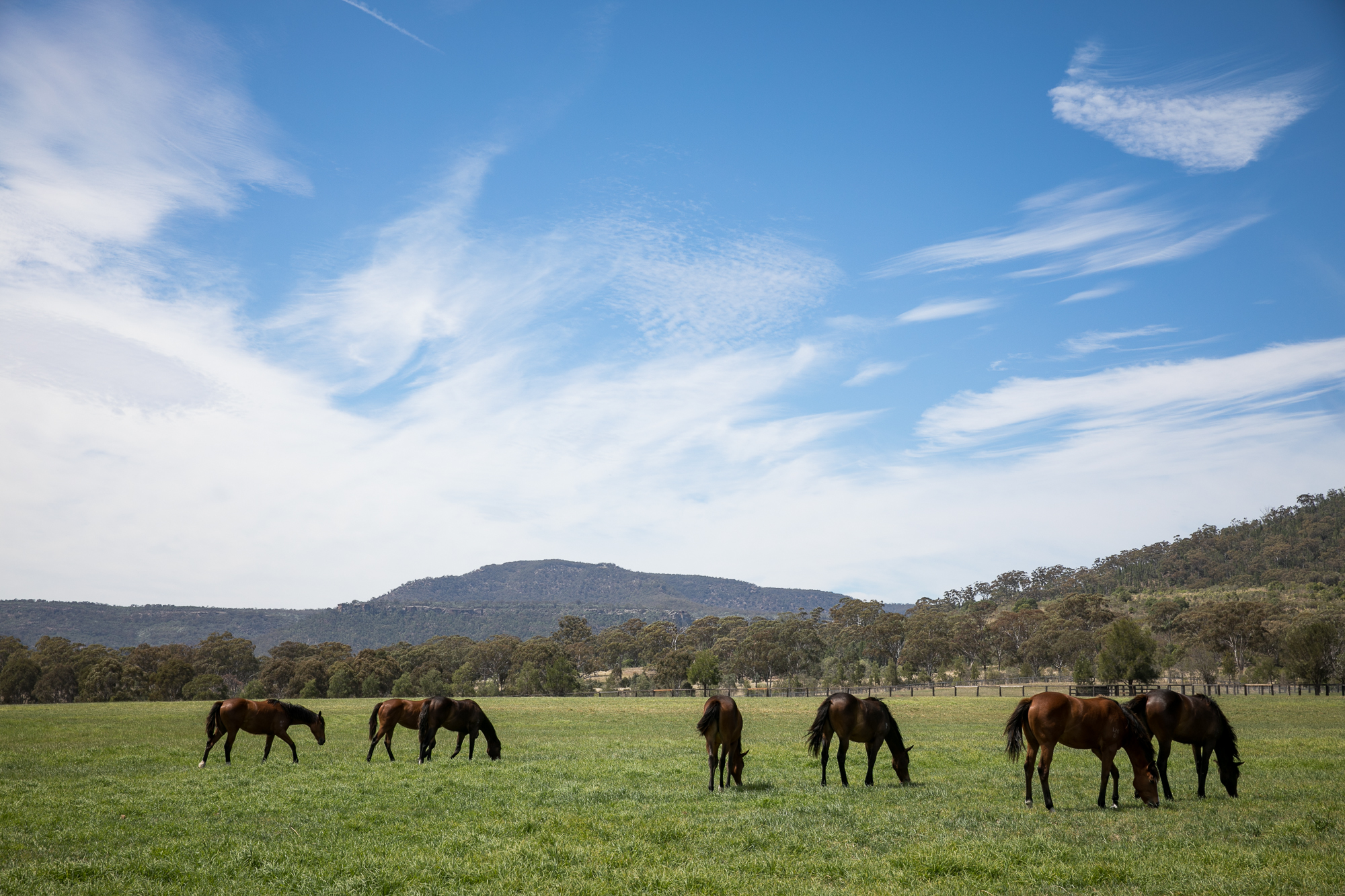 Coolmore have enjoyed great results with their graduates of the MMGC sale. What are some recent highlights for horses reared at Coolmore?

Success at the highest level for graduates of the farm is what we strive for in everything that we do at Coolmore Australia. The pastures and staff at Coolmore are second-to-none and this has shown in the results on the track in recent years, with 22 individual Group 1-winning graduates since 2015. Obviously Winx was raised and grazed in Jerry’s Plains and went through our 2013 Magic Millions yearling draft, however she is one of 4 Group 1-winning and 21 Stakes winning graduates of the farm to date in 2019. Outside of Winx, some highlights from our recent Magic Millions offerings include Group 1 winners Vancouver and Winning Ways and Group 3 winners Rock and Sherwood Forest etc. The success of Coolmore graduates doesn’t look like slowing down either, with the likes of Pretty Brazen, Tuscan Queen, Rock, Gamay, Just Thinkin’ and Quick Thinker all aiming for big races for the remainder of the season.

Your draft features the highly anticipated first crop yearlings by American Pharoah, who has had a very impressive start with his first two-year-olds in the Northern Hemisphere. They were very well received at the weanling sales, how have they progressed?

Never before has Coolmore Australia offered yearlings by a horse with the talent that American Pharoah possessed. As an 8-time Group 1-winning Champion two-year-old and Triple Crown hero, he is quite clearly the best racehorse at stud in Australia. That aside, he has already made an incredible start with his first two-year-olds in the Northern Hemisphere with 9 Stakes horses, 4 Stakes winners, 3 Group winners and 3 Group 1 performers to date. What is so encouraging for us is that his progeny have shown a liking – perhaps even a preference – for turf surfaces. We have always had great belief that he would complement the Australian broodmare population and his success on the track this year has only served to enhance our confidence in him. It is a very exciting time for Coolmore Australia to offer the first crop of American Pharoah yearlings.

Air Force Blue is a sire with great credentials for success in Australia. Why do you think his progeny will be successful in Australia?

Air Force Blue is one of the greatest European two-year-olds of the modern era. He won three Group 1 races as a juvenile and finished the season with a Timeform rating of 128p. To put that into an Australia context, that is higher than the likes of Pierro, Vancouver, Capitalist, Pride Of Dubai, Sebring, Sepoy and The Autumn Sun amongst others. He was an incredibly precocious horse with great speed and was described by Aidan O’Brien as the best two-year-old he has ever trained, which is no mean feat. He is the best two-year-old by War Front, who is also the sire of Declaration Of War, responsible for producing the winners of the Melbourne Cup, the VRC Derby and the Queensland Oaks from his only two Southern Hemisphere crops.

No Nay Never has continued to excel in the Northern Hemisphere. You are heavily represented with his second Australian crop, can you discuss why you think they will be successful in Australia?

No Nay Never is a sire of incredibly rare ability who now stands for €150,000 in Ireland. From relatively small numbers he has already notched 20 Stakes winners, including 13 Stakes winning two-year-olds, highlighted by dual Group 1 winning sprinter Ten Sovereigns. His first two crops have yielded over 12.5% Stakes winners to runners which puts him in the very elite category. From an Australian perspective, it is important to note that 6 of his Stakes winners are out of Danehill-line mares. So, with a combination of his own powerful physique, the speed and precocity shown by his progeny in Europe, his effectiveness with Danehill-line mares and the reports we have received about his first Southern Hemisphere crop of two-year-olds, we are hugely excited about the future of No Nay Never in Australia.

As a relative newcomer to Australia, can you tell us a little bit about yourself?

Growing up on a small farm in County Limerick in Ireland I was surrounded and fascinated by horses from a very young age. Upon finishing school I completed a Bachelor of Economics at UCD in Dublin. However, I always had ambitions of returning to horses. From there I worked at Yeomanstown Stud with the O’Callaghan family for four years, at a time when Dark Angel was becoming one of the leading sires in Europe. Following a stint in America, I returned home to manage Castlehyde Stud in County Cork for two years, before getting the opportunity to come and manage Coolmore Australia in July. It has been a brilliant time to begin my journey at Coolmore Australia as we have such a dynamic young roster of stallions, an outstanding team of staff and an incredible farm that consistently produces racehorses
of the highest order.