Craig and Sue Anderson’s Amarina Farm was established in 2006 in partnership with Gavin Murphy and Catherine Donovan on 420 picturesque acres just outside the town of Denman is the Hunter Valley, on prime horse country. Craig Anderson is a true stalwart of the industry, his knowledge and experience of handling valuable thoroughbreds is second to none.

Amarina is sending a first eleven to the 2021 Magic Millions all in Book One. There are 10 by proven successful sires and a first season colt by Highland Reel, who is one of the best racehorses ever to have stood in Australia, and with a pedigree to match.

Craig was most enthusiastic about the draft when we spoke to him recently, “It has been a remarkable year, a tough year for sure, but we have been very lucky to see racing continue. The 2020 sales were definitely disrupted, but the online bidding has been developed and used to a greater extent than many of us thought could happen. I’m hoping 2021 will see the beginnings of a return to normal. We’ve just had terrific news about the border openings so all the Aussie buyers will be able to operate as normal. International buyers have become very familiar with our market, so hopefully they will be active through agents or online. Our prizemoney is still fantastic, so there should be a solid market for quality yearlings. And that’s what we are sending.”

Amarina’s draft will enter the ring in the following order –
Lot 67: bay or brown filly by Divine Prophet out of Atotori by Haradasun. This filly is a half-sister to Gr.1 Oakleigh Plate runner up Zoutori, winner of almost $1million. She is from the great black type family of New Approach and Castlethorpe. By a young Gr.1 winning son of Choisir, she is an exciting racing and breeding prospect. 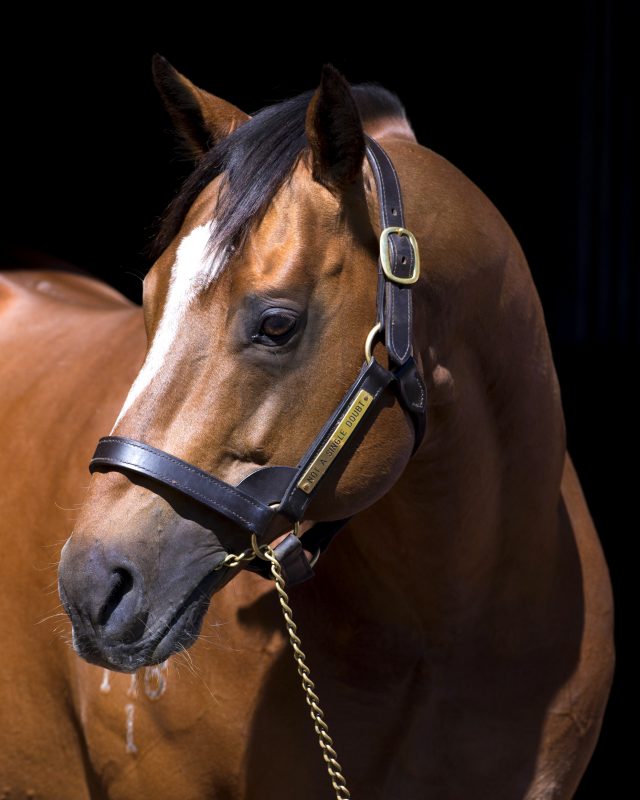 Lot 228: chestnut colt by Not A Single Doubt out of Di Lusso by Lonhro. This colt is by Australia’s current leading sire out of a mare by champion sire Lonhro and is a half-brother to Gr.2 winner, Gr.1 NZ Oaks placed Contessa Vanessa (by Bullbars), He is a real stallion prospect being from the immediate family of three of the world’s hottest sires, Invincible Spirit, Kodiac and Pride Of Dubai.

Lot 258: chestnut colt from Amarina is by the great Zoustar whose fairer sex need no introduction. Magic Millions heroine Sunlight 11 wins, 3 Gr.1s, $6.5 million and her recent Spring Carnival Gr.3 winning sister Sisstar are two shining examples of the breed, while the dam has produced two winners from two to race.

Lot 290: bay or brown colt by Pride Of Dubai from Fairly Feline by Mr Greeley. By rising star sire Pride Of Dubai, champion first season sire last year, this colt is a half-brother to the very promising three times winner Proper Rogue from the family of Gr.1 winner Whywhywhy.

Lot 531: bay colt by Exceed And Excel out of Melba Avenue by Street Sense. This colt is by Australia’s renowned 2YO speed influence and champion sire and is a half-brother multiple Gr.1 winner, and Gr.1 winning 2YO Valour Road ($1m plus.) From the family of brilliant sprinters Raspberries and Flavour (14 wins, $1.6 million.)

Lot 588 chestnut colt by Highland Reel out of Mysteries by Rahy, Half-brother to five winners from the family of dual Gr.1 winner Catholic Boy (Travers S and Belmont Derby.)

Lot 606 bay colt by Savabeel out of O’Reilly Rose by O’Reilly. Dam is Gr.3 winning three quarter-sister to Gr.1 winning sprinter Shamexpress. By champion NZ sire Savabeel and bred on his outstanding nick with O’Reilly mares which has produced 13.2% SW to runners including four Gr.1 winners.
Lot 661: chestnut colt by Sebring out of Prettyhappyaboutit by Magnus. By the outstanding Golden Slipper winner and leading sire Sebring out of a SW mare whose first two to race are both winners, from the immediate family of Gr.1 placed Born To Rock.

Lot 725 bay colt by Zoustar out of Rosewedge by Foxwedge. Sire needs no introduction and this is the first foal of a winning daughter of Gr.2 winner and multiple stakes producer Te Akau Rose. From the family of Gr.1 ATC Doncaster H winner Brutal.

Lot 861 bay colt by Rubick out of Swertemo by Lookin at Lucky. By the brilliant young sire of Everest winner Yes Yes Yes out of the family of Gr.1 winning 2YO Prized Icon (Champagne S and Victoria Derby both Gr.1.)

There are 11 players per team in two of the world’s most popular sports, soccer and cricket. Amarina’s super coach Craig Anderson is sending his finest first eleven to the 2021 Magic Millions January Sale at the Gold Coast with high expectations they will be match winners for their eventual owners.