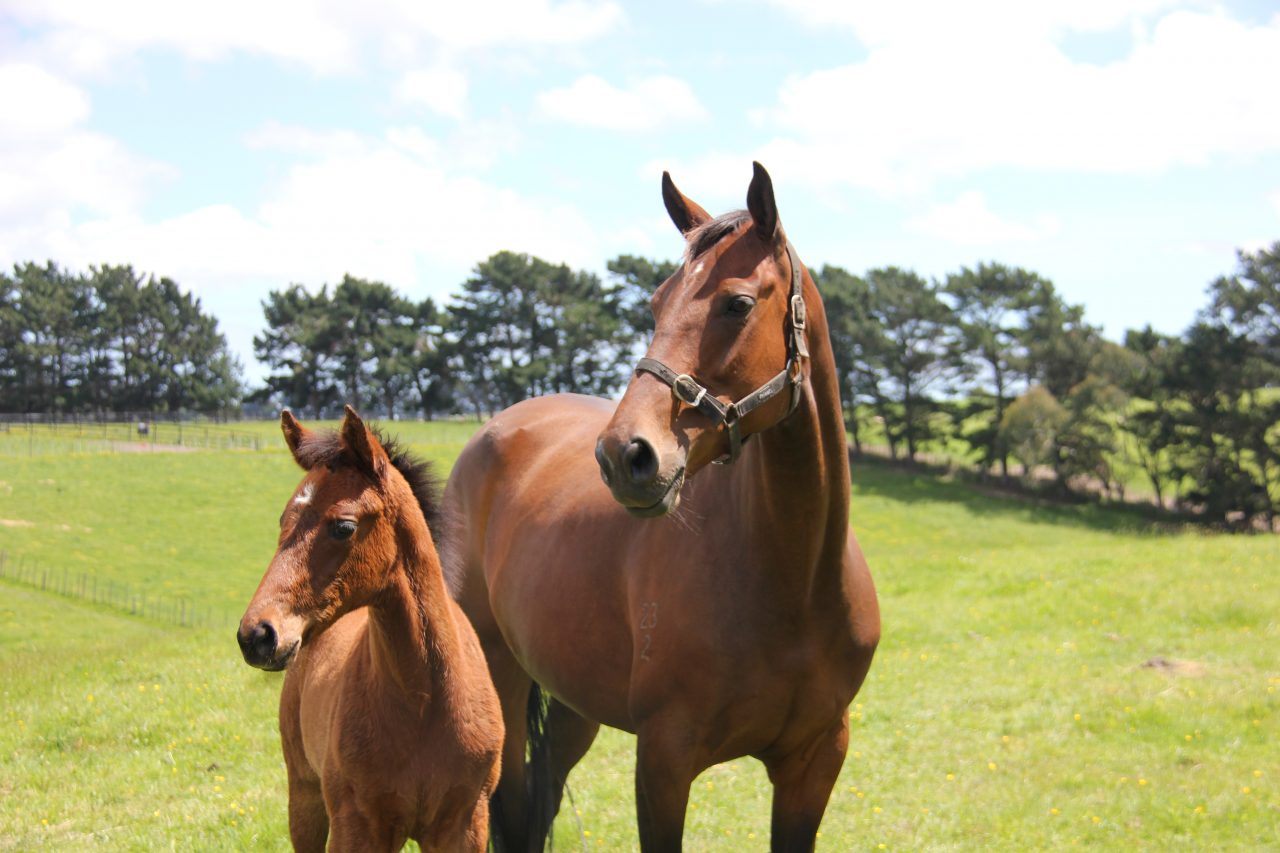 Racing is a game of risk, and good judges of yearlings know there is great reward to be had when buying from farms with excellent stakes winner production records. From only small drafts, the paddocks of Highden Park continue to produce quality racehorses with this year’s Gr.1 Australasian Oaks winner Toffee Tongue being the latest in a long string of group winners from this farm. Hong Kong’s superior multiple Champion racehorse Beauty Generation, recently retired, will forever be their ‘flag bearer’, having now clocked up twenty wins and eight Gr.1 wins in five seasons of consistent racing. Hong Kong has been a good stomping ground for Highden Park with Hong Kong Derby winner Ping Hai Star retired back to their farm, and the very promising Sky Darci who, at the time of writing, had won his last three in succession and was being aimed at the Hong Kong International meeting.

Libby Bleakley said, “If you look at our 2018 yearling draft and notice the racehorses who graduated from it, it’s awesome. At the time, it was the best draft we’d taken to Karaka, they sold well, and now – wow, group performers left right and centre.” Highden Park offered nine yearlings in 2018; Gr1 winner Toffee Tongue, Gr3 winner Kinane and Gr2 placed Vegas Knight, as well as Sky Darci. “The other fun thing is seeing Vegas Knight and Kinane succeed because they were our first two pinhook horses. We’ve also had really good reports from our 2019 draft, including recent trial winner Master Fay who will debut in Hong Kong soon. We are always trying to breed or buy quality racehorses and athletes and to see them perform well on the track backs up our judgement.”

Bleakley noted that the internet has been a wonderful tool for the industry in this tough time. “We’ve needed to utilise technology to adjust to the lack of travel. We bought horses under these conditions, via online auctions and from paddocks without visiting them, and have seen how it works from a buyer’s perspective. We’ve decided to be proactive with how we present our horses this year, and have been updating our yearling photos on our website on a weekly basis so buyers can watch their progress from afar. We are confident in our product, and our results show our continual success. The difficult part is that when buyers inspect horses, they gain an emotional connection to them—that gut feel “this is the one”—which is missing from the online version. This is where long term relationships play a big part in racing. The buyers who have bought good horses from us in the past know that our horses will only be at the sale if they deserve to be there and can be bought with confidence. Buyers can rely on our product and the system that produces them.”
In Book One, Highden Park will offer three yearlings, two fillies and one colt. Two fillies by recently deceased Tavistock include Lot 276, who is a half-sister to group winner Weissmuller (Handsome Ransom), multiple Australian Listed winner Travolta (Handsome Ransom), and this filly is a full sister to Gr.1 VRC Oaks placed Harlow Gold (Tavistock).

“She is the queen of the draft, and is very close in type to Harlow Gold. She’s the ultimate professional, an eat work sleep repeat horse, who is physical and moves well. I’m really excited about her. Tavistock is flying and three of his best fillies come from our farm – Toffee Tongue, Harlow Gold, and Milseain.”

Highden’s other Tavistock filly is Lot 404, the first foal of winning Savabeel mare Fistfulofdollars, from the family of Gr1 winner Ruud Awakening. “Tommy Heptinstall who bred this filly is a very savvy breeder. He identified the Tavistock/Zabeel cross early on and saw the flow through to Tavistock/Savabeel. With this filly and the colt at foot, also by Tavistock, he’s bred two standout types. She is a quality filly and everything you want from a Tavistock. She is our next Oaks filly, with all the good parts of sire and damsire combined. She’s feisty in a good way. She’s always first to the feed bin, and she will give her all for you on the track.”

The only colt in Highden’s Book One draft is a colt from the first crop of group winner War Decree (War Front). Lot 377 is out of Enthusabelle, who placed at two, and is the dam of stakes placed winner Pipiana, from the family of Gr1 winner Irish Fling.
“He is a later foal, and the quality of his Savabeel dam comes through strongly on type. He has grown a huge amount during the prep, and is an eye catching sort with a beautiful action. He carries himself very well and we want every Ready To Run pinhooker to come and see him, they won’t be disappointed.”

In book two, Highden Park will present eight yearlings. “Our draft is your shortlist. We’ve done a lot of work to assemble the right bunch of horses, and there’s a reason we’ve been the leading vendor in book two for the last few years. We’ve picked them on type – there are a couple of sprinters who look like Karaka Millions types, and a few who look more progressive.”

By proven sire Darci Brahma, Lot 610 is out of a half-sister to Singapore Horse of the Year War Affair, and is related to Champion NZ Stayer Sir Charles Road. “He was accepted into Book One, but he lacerated his front leg in a paddock accident. We dropped him to Book Two due to the small scar and he’ll be great value for someone.”

Spill the Beans is kicking goals at this early stage of his career with recent stakes winner Tellall from his first crop. Highden Park will present Lot 784, a colt from winning mare Enduring. Young sire Belardo has a colt, Lot 815, who is the second foal of stakes placed winner Hayley Rose, who is a half-sister to two year-old stakes winner Second Time Lucky. Highden Park will offer two colts by first season sire Time Test (Dubawi), including Lot 751 who is the third foal of winning mare Caradonna, a half-sister to stakes winner Jamieson Valley. Caradonna is a daughter of group winner Balmacara from a strong New Zealand family. Lot 891 is out of five race winner Miss Centrefold, a half-sister to the tough Listed winner of ten races, Wazawatsyn. From the same family is Lot 841, out of five race winner Justlikeyasister and by Japanese Gr1 winner and first season sire Satono Aladdin (Deep Impact). Highden also has a Satono Aladdin colt, Lot 706, who is a half-brother to group placed winner Molto Veloce. Rounding out the draft is Lot 806, the only filly in Book Two for Highden Park. She is by proven sire Per Incanto and is a half-sister to stakes placed winner Asadauskaite.
Highden Park’s record speaks for itself. They sell group horses. Which one are you buying?