[first published in BLUEBLOODS Issue 6 – 2020. To get this article and more subscribe]

In March and April, 2018, my colleague Dr. Emily Plant and myself spent five weeks in New South Wales (with a 10-day side trip to New Zealand, where I first worked as a racing journalist in 1974-75) to see for ourselves. We had such an interesting time, and were treated to tremendous hospitality, and Emily has been back three times since, though not this year, of course. One of the purposes of our trip was to introduce our publication, Stallion Spectator Ratings (Southern Hemisphere version), a weighty, 300-page tome which we produce twice annually. The book covers three major Southern Hemisphere regions (Australasia, South America, and South Africa), plus Hong Kong, but the main focus has very much been on Australasia. 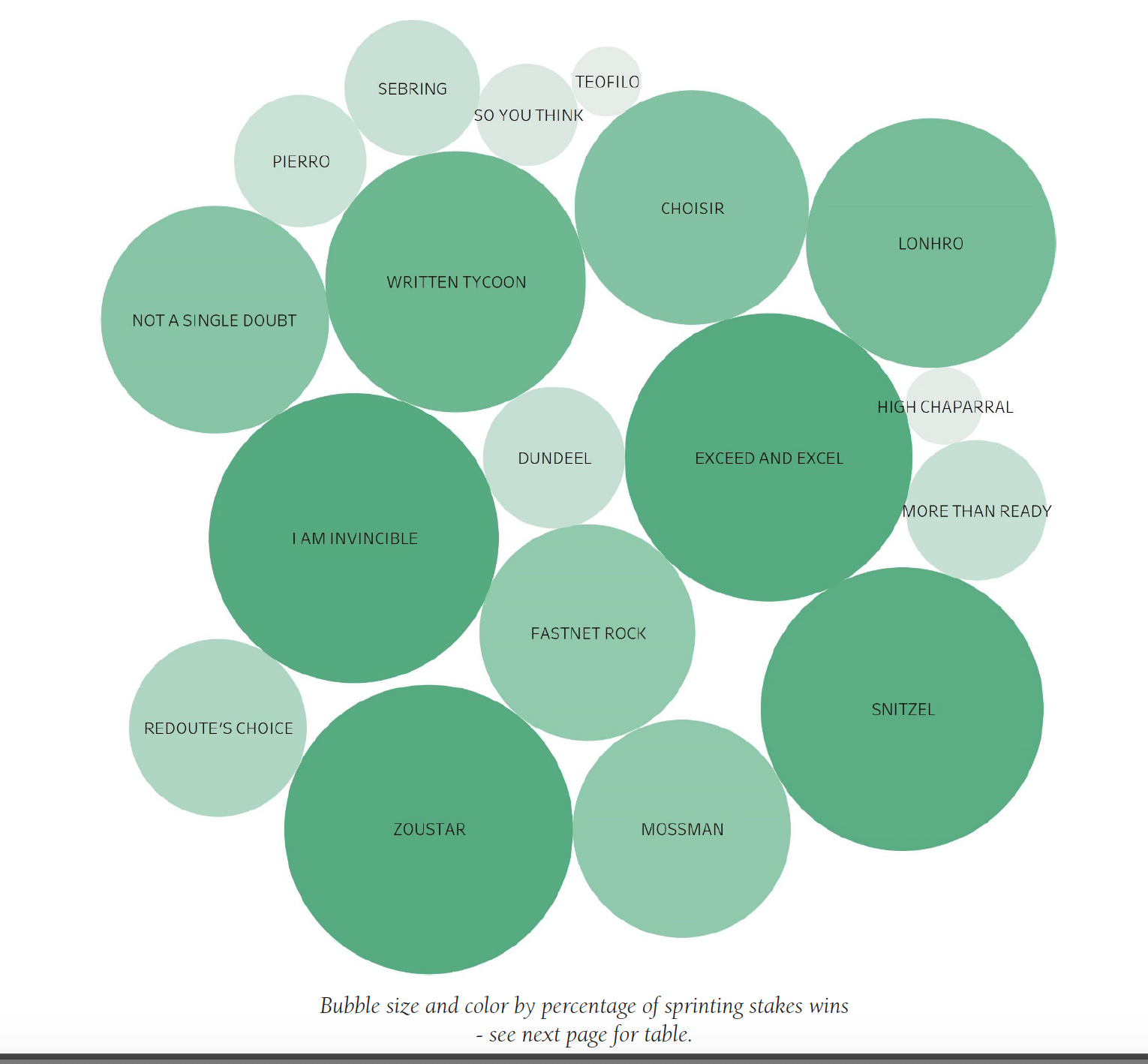 We’ve learned a tremendous amount on our trips so far, and we hope to learn a lot more: that Australasia has truly become a fourth world-class thoroughbred community, along with North America, Europe, and Japan; that proper prize money is a huge driver of participation and investment; that Hong Kong, Singapore, China, and the rest of Asia are all huge buyers of Australasian horses, but also huge investors in Australasian racing and breeding; and that, hands down, the Australian racing and breeding industry is the most vibrant in the world right now.

One unique aspect of Australian racing and breeding is the Australian obsession with speed. We had been well aware of this ‘up north’ ever since Choisir came to town and swept the G1 King’s Stand S. – Golden Jubilee (now Diamond Jubilee) double at Royal Ascot in 2003, followed by another five winners of one race or the other, including Starspangledbanner in the 2010 Golden Jubilee and Black Caviar in the 2012 Diamond Jubilee, over the next ten years. Since then, and especially with the advent of the now $15-million The Everest on home soil, Australian sprinters have found the rich prize money at home outweighs the prestige of a win at Royal Ascot, and Merchant Navy’s win in the 2018 Diamond Jubilee is the only Australian win since. But the message is crystal clear: Australia has been breeding world-class sprinters, who have come up north to prove it, for at least the last twenty years.

Having now studied Australian racing in more detail we have been able to create what we think are interesting ‘distance profiles’ of Australasian sires in the context of Australian racing. And here is that context: we collected the data on 2,948 stakes races run in Australia from August 1, 2015 (the beginning of the 2015/2016 season) through racing of November 14, 2020.

Our first overall finding is that the money in Australian black-type racing is tilted toward longer rather than shorter racing. Though 37.6% of Australian black-type races during that period were run at ‘short’ distances they generated only 27.4% of the $883,157,485 in prize money, meaning it was harder to win sprint stakes races for relatively less prize money. That imbalance will have been levelled up to some extent by the rich non-black-type races like The Everest, but it is also the case that owners are willing to accept less prize money because if things fall right they might win a $40-million stallion deal. The percentage of black-type races (34.9%) and black-type prize money (33.1%) is relatively equal at intermediate distances, while the longer-distance races comprise 27.5% of the races but pay out 39.5% of the prize money. No wonder the European horses-in-training market for middle-distance horses is so strong; given the distance profiles of the top Australian sires, it’s clear that, certainly up until now, Australian and even New Zealand breeders aren’t producing anything like enough middle-distance horses to win the rich longer black-type races open to 3-year-olds and up

Of the eight proven sires, all with first foals 2012 or earlier, with 60+ stakes wins in the period covered, four are out-and-out speed sires, two are speed/intermediate leaning to speed, and two are speed/intermediate leaning to intermediate. Of the four most promising young sires, only one, Zoustar, is an out-and out speed sire. Pierro and Dundeel are intermediate-leaning, and So You Think is a distance sire. If we quantify those 12 sires in something I call a quartile speed index, with a maximum of 4.00, the eight proven sires have a speed index of 3.25, but the four top young sires have a considerably lower 2.25 speed index. This means the black-type progeny of the best young sires are showing their class at longer distances than the black-type progeny of the established older proven sires.

This could mean that Australian breeders may ‘suddenly’ be finding themselves producing horses who are more competitive versus European and Japanese imports at longer distances than they have been, because the new best stallions are siring horses who are at their best at distances longer than has been the case. On the other hand, much will also depend on which young sires emerge as the even newer top young sires. We probably don’t know enough yet about the top F2016 (first foals 2016) sires whose first 4-year-olds are now racing: Deep Field (9), Brazen Beau (7), and Rubick (5) among them had only 21 stakes wins when we ran the data, but of those 21 stakes wins, nine (42.9%) were at short distances, 12 (57.1%) were at intermediate distances, and none were at longer distances. It may turn out that the leaning towards class at longer distances among the current top young sires will be counteracted to some extent if the next generation of as yet unidentified top young sires turn out to be a lot of speedy sons of the current top speed sires like Snitzel, I Am Invincible, Exceed And Excel, and Not A Single Doubt.

previous
The Triple RF
next
Doubling down brings a Triple Crown