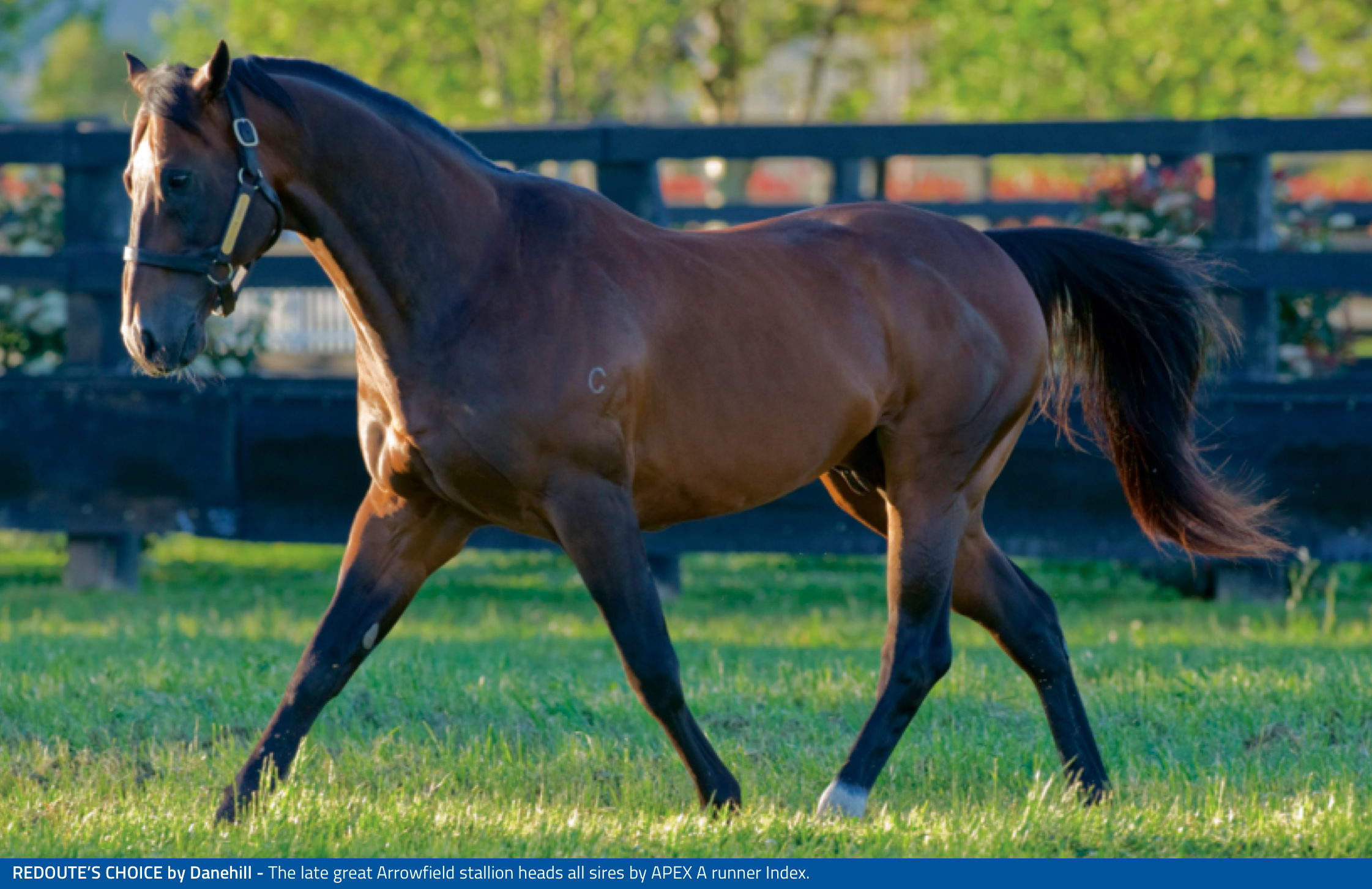 Ordinarily, consumers of data assume the statistical tables they’re looking at contain information which is both accurate and meaningful. After all, professionals working in this business want to know who the leading sires are not out of some vague or academic interest but because that knowledge impacts their decision-making process and subsequent financial commitments – like contracting to pay a stud fee.

But all statistics are not created equal, and among those which are technically accurate but practically misleading, for example, is the average-earnings index. It’s technically accurate because it’s a simple formula using all runners by all sires, but in the practical world – by which in this business I mean the commercial world – the average-earnings index of commercial sires is inflated. When we designed the APEX method of rating sires, one of the criteria was that we only used sires which had 10 or more 3yo’s of the last year covered – so, for example, for the 2020/21 season, only Australasian sires which had 10+ foals of 2017 were included. You’d be surprised to learn that by cutting out the progeny of all sires which had under 10 foals of 2017, we end up with an index scale where 1.00 really equals an average (commercial, therefore of interest) sire, whereas the same sire might rate 1.40 on the average-earnings index using the theoretically ‘purer’ all runners by all sires.

The point here, though, is not to further discuss the APEX method of rating sires but to point out that sometimes in order to get a really accurate picture of how sires really rate, we have to design our own statistics – though it is absolutely necessary, and not done nearly enough, to understand and state the assumptions which underpin the calculations.

I’ve been tinkering with sire statistics, trying to find the best ways to quantify sires’ performances, for four decades, and early on, even before we designed the APEX rating method, we started dividing up sire lists by the year of their first foals – all sires with first foals 2014, all sires with first foals 2015, etc. Two reasons: in at least one critical regard, all sires in that group have had the same opportunity; sires with first foals 2014 had their first 2yo’s in 2016/17, their first 3yo’s in 2017/18, etc. Thus were born the ‘x-crop’ sire lists which you can now find lots of places at the touch of a button; we originated those. The second reason for dividing sires up into first-foal-year groups is that it reduces the number of sires you have to evaluate to a more manageable group. There are 173 Australasian sires who qualified for APEX ratings in the 2020/21 season and had 150+ ‘year-starters’ (one horse is one starter each season it starts) over a seven-season period, but rather than just being able to say, so-and-so sire ranks 50th, or wherever, out of 173, we are able to say, and look more closely at, the fact that he also might rank, say eighth out of 28 sires who all had first foals the same year. It helps clarify the picture.

Here is an example. Table 1 shows the top 30 sires in Australasia by APEX A Runner Index (equivalent to SW but based on earnings in a season) with 150+ year-starters, on which list it happens that the youngest of the top seven sires, I Am Invincible, is rising 17yo. In fact, of the top seven sires by this class index in Australasia, one (Redoute’s Choice) has died, one (Not A Single Doubt) is retired, one (Teofilo) no longer shuttles, and the other four are rising 17yo, 19yo, 20yo, and 20yo. They are the stars of today but sooner or later they will not be the stars of tomorrow.

The stars of tomorrow are the best sires proving themselves among the younger sire crops; 14 of the remaining 23 sires among the top 30 come from four crops of sires (F2013-F2016), and by separating them by their year of first foals we are able to see more accurately how they rate among their peers: Table 2 is a list of all sires from these four sire crops assigned APEX ratings in our Mid-Season 2020/21 APEX run on February 9 (our list differs from the Bluebloods list in that we calculate both Australia and New Zealand and combine the results as an Australasian list). These lists are ranked by APEX A Runner Index. Though a critical improvement on the average-earnings index, we also don’t rely simply on sires’ A Runner Indexes to evaluate them. We have separate calculations of what we call ‘Unique’ A Runners (meaning a horse is counted once no matter in how many different seasons it was an ‘A Runner’) as well as Group 1 + Group 2 winners (abbreviated G1G2), which identifies an even higher class of runner than A Runners/SW. Sires’ numbers of Unique A Runners and G1G2 winners has as high or higher correlation with their current stud fee, for example, than does simply their A Runner Index.

The table of F2015 sires is a good example. These horses all have 5yo’s of the 2020/21 season now nearing its end, and the top five sires by A Runner Index (all over 2.00) are all scheduled to stand in Australia in 2021. All five also have 13+ Unique A Runners, yet their stud fees cover quite a range. No secret about Zoustar ($154,000) or Dundeel ($66,000): they’re the two highest by A Runner Index (in fact, tied at 2.60), and they also each have seven G1G2 winners – thus the high stud fees. Queensland sire Spirit of Boom (2.16, $33,000) actually has 17 A Runners, one more than Dundeel, but as yet he has no G1G2 winners; however, we know that 82 yearlings from his 2019 crop had averaged $132,638 through the beginning of June, out of mares that were literally two to three times better than the mares he started with, so there’s every reason to expect that will begin to translate into G1G2 winners. Epaulette (2.40, $16,500) has a very good A Runner Index, and 14 Unique A Runners, but his stud fee is held down by his having only one G1G2 winner so far; while Shamus Award (2.17, $33,000) has enjoyed a strong revival since his transfer to Victoria from NSW. Considering Dawn Approach (1.94) no longer shuttles, by organizing this group by A Runner Index and adding into our thinking this other data, we can see how these sires really are emerging from the pack.

fYEAR will now be available on stallions.com.au in our sire lists and on stallion’s listing pages

previous
Uncovering a Relic
next
The Special Mix - Pedigree Analysis