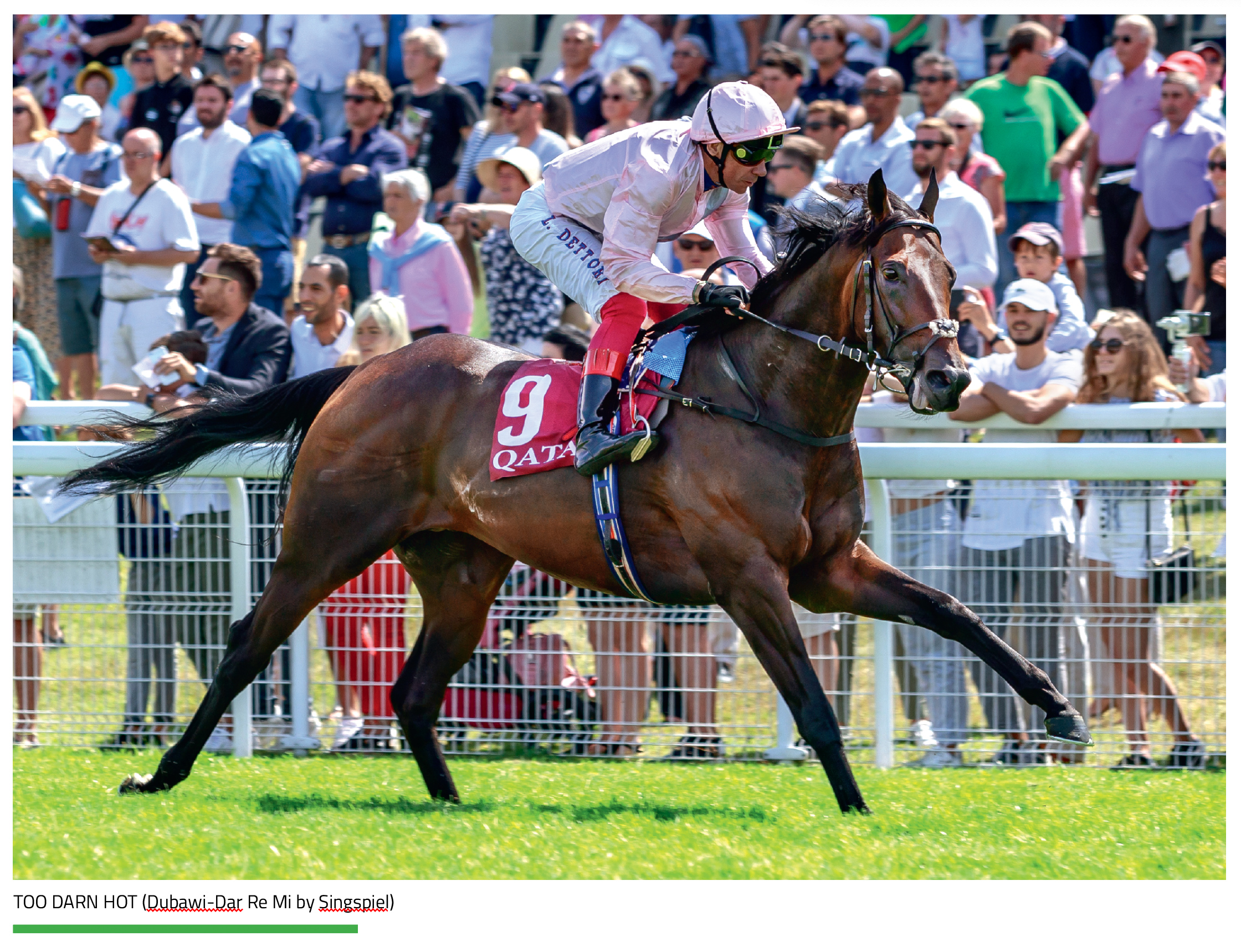 THE South African pedigree guru Charles Faull was rather fond of saying “Every pedigree is a tutorial!”. His enthusiasm was infectious, his knowledge of breeding matters encyclopaedic, and there was much truth in his aphorism. Great thoroughbreds often have interesting pedigrees, in the sense that they can be instructive if close attention is paid, somewhat like a tutorial.

With the recent emergence of Ghaiyyath (Dubawi – Nightime by Galileo) as arguably the world’s best racehorse, it seemed a good opportunity to take a close look at his pedigree. Ghaiyyath has been a revelation in 2020, the bold striding front runner wining all four starts this year, starting with a win in Dubai in the race named after his grandsire and culminating in England in three of the world’s most prestigious Gr1 races, the Newmarket Coronation S 1 1/2m, the Sandown Eclipse S 1 1/4m and most recently the York International 10 1/4f. Apart from the immediately obvious facts that he’s bred on a cross of the world’s two leading sires, out of a Gr1 winning dam who is a daughter of a champion mare herself, the construction of his pedigree is fascinating.

There are a number of other interesting aspects of Ghaiyyath’s pedigree, not least of which is the inbreeding to influential mare Lalun via Never Bend and Bold Reason which is a key feature of many Gr1 winners with Sadler’s Wells involved anywhere in the makeup. Getting back to the most striking feature of Ghaiyyath’s pedigree, which is the duplication of the Mr Prospector/Buckpasser/Northern Dancer mix repeated close up in reverse, via the similarly bred Dubai Millennium and Galileo, we can examine how well the various crosses of Dubai Millennium and his son Dubawi work with Galileo in all combinations. Here are the stats – Please note that these figures are for the subject stallions appearing anywhere on opposite sides of a five generation pedigree, although as you can imagine they are most commonly going to be in the sireline and the broodmare sireline.

Basically it’s exactly the same group of horses as most of the Dubai Millennium/Galileo crosses involve Dubawi. With Ghaiyyath and Night Of Thunder the two best representatives of this cross it is certainly worth watching, and replicating. But now let’s look at this exact Dubawi/Galileo mare cross specifically.

Dubawi is Danehill and Danzig free, and Sadler’s Wells free also, so it comes as no great surprise that his best results are with mares from those sirelines, particularly Galileo, Green Desert, Danehill and Singspiel. His nick with Singspiel mares is his strongest producing 32% sw to runners from 18 runners, including no less than four individual Gr1 winners, namely Too Darn Hot (who is standing at Darley, NSW this season), Wuheida, Old Persian and Left Hand, which means that so far 40% of the stakes winners bred on this cross are Gr1 winners. The Dubawi/Singspiel cross also features an interesting pattern as Both Dubawi and Singspiel are bred on a mix of Northern Dancer/Shirley Heights and the mare Sunbittern, which means all the horses resulting from this cross have the Rasmussen Factor with inbreeding to the mare Sunbittern through her daughters, the half-sisters High Tern (by High Line) and High Hawk (by Shirley Heights) within five generations.

Here endeth the tutorial, Charles Faull would be well satisfied, both the Dubawi/Galileo cross and the Dubawi/Singspiel cross are producing exceptional racehorses, in both cases there appears to be a clear indication in the immediate pedigree pattern as to what the reasons might be.