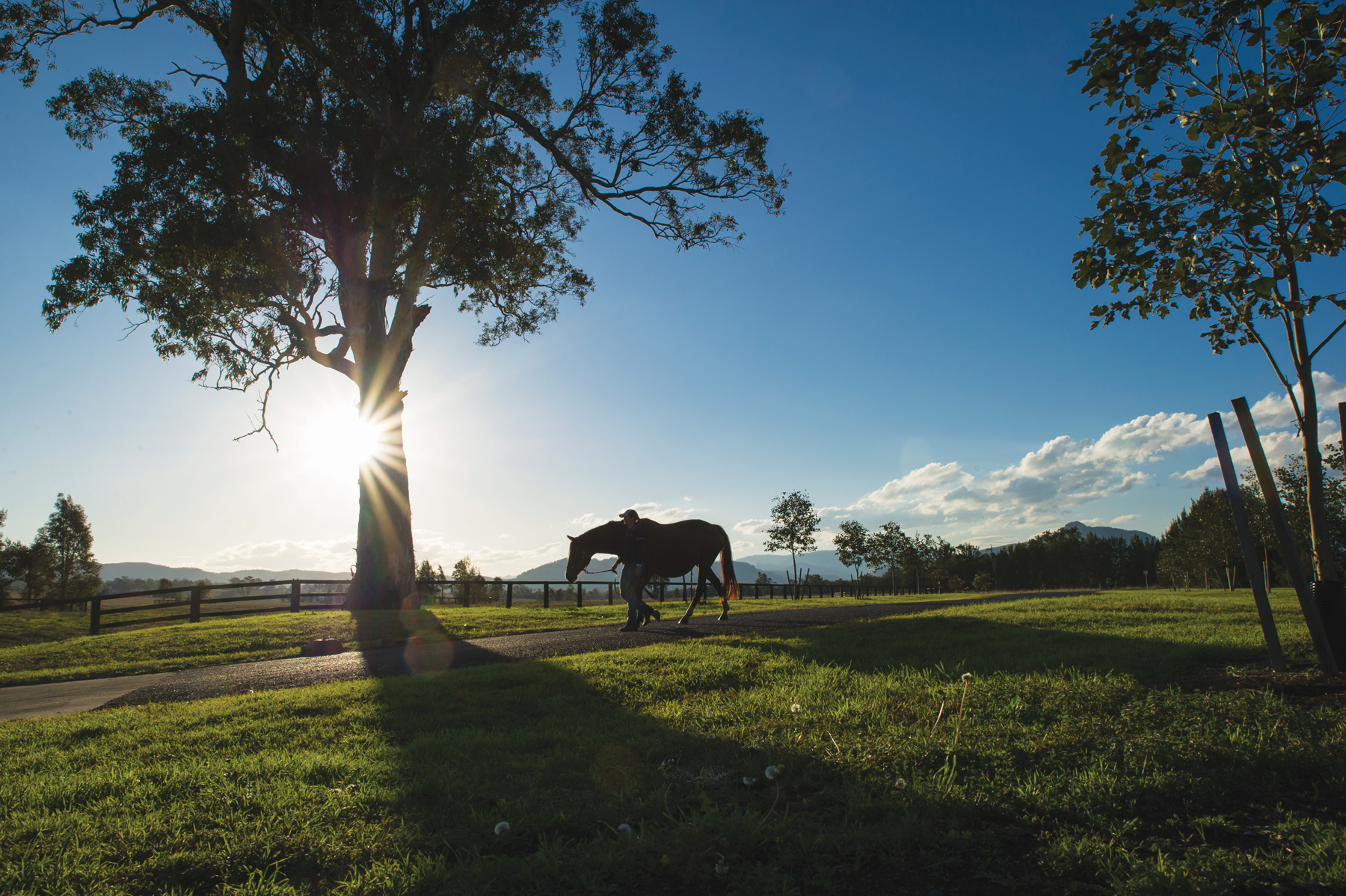 Cressfield has built a reputation for offering buyers the finest elite of pedigrees at the Inglis Easter Yearling Sale, and this year’s draft is one for the most discerning of buyers with an eye to potential broodmares as well as immediate racing ability.

With impressive current season two year-olds Personal (winner and placed in 2020 Gr.1 Blue Diamond) and Cellsabeel (city winner, fourth in the Golden Gift, and fifth in the Gr2.

Silver Slipper from three starts) from last year’s Easter draft, Cressfield continue to build a long list of quality racehorses from their paddocks. Gr.2 placed Trope is another recent Easter graduate from Cressfield, while they passed in stakes placed three year-old Regimental Band. Gr.2 winner and young sire Headwater is another Cressfield Easter graduate, as was Gr.1 winner Onemorenomore, while Gr.1 winner Clearly Innocent was born and raised on the Cressfield property.

In 2020, Cressfield will present eight yearlings at Easter, all fillies, representing incredible residual value for buyers with an eye to the future. Comments by Liesl.

Cressfield’s group winning graduate Missrock has a full sister on offer, Lot 75, who will catch the attention of astute buyers. This Fastnet Rock filly is out of Miss Judgement (Strategic), a Gr.3 winner of ten races, and superbly bred, as she is a half-sibling to three other stakes winners led by Gr.1 winner Mrs Onassis, as well as Gr.3 winners Fifth Avenue Lady and Aussies Love Sport. Missrock’s early speed harks back to Gr.1 Blue Diamond winner Lady Jakeo.

“Built in the same mould to full sisters Missrock and Cartier Rock. A well- muscled, well- proportioned filly with an excellent hip and shoulder.”

Frankel is already proving to be as a good a stallion as he was as a racehorse, and Cressfield have an incredibly well bred filly by him on offer.

“A well-marked filly with the characteristic Frankel fluidity when she walks, marked by a huge overstep. A lovely even tempered forward moving filly.”

Two fillies by Champion Sire Snitzel are Lot 332 and Lot 509.

Lot 332 is the first foal of group winner (of eight races) in Artistry (Shamardal), who is from the family of Samantha Miss, Cronus, and Pravda.

“A spit out of her dam’s mouth! An attractive filly who moves with purpose. She has a tractable temperament and is a pleasure to have in the barn.”

“A developing dynamic filly from a family that is showing promise.”

Remember the Magic Millions 2YO Classic win by Real Surreal? Now you can buy her second foal, Lot 156, a yearling filly by I Am Invincible. Real Surreal (Real Saga) won four races, three as a two year-old, and is a half-sister to group winner Benny’s Buttons.

“A phenomenal looking filly, so well developed and strong yet retains a degree of refinement. Hard to find fault. A very serious filly and one that I regard highly.”

Also by I Am Invincible is Lot 285, the first foal of Gr.2 Ian McEwen Stakes winner Wild Rain (Manhattan Rain), a mare who won eight races and over $800,000. She was Gr.1 placed in the AJ Moir Stakes as well as being from the family of Northerly.

“A compact, short coupled filly that gives the impression of early speed.”

A half-sister to stakes winning two year-old Granny Red Shoes is Lot 197, and this yearling filly is by Deep Field out of a Listed winning two year-old in Shoboard (Show a Heart). This is the Cressfield family of Satin Shoes, Satin Slipper, Zarzuela, and Serious Satire.

“An attractive, athletic and intelligent filly.”

“Big and strong like her dam, but phenotypically shaped like her sire. A deep girth and good bone make adjectives like robust and mature spring to mind when viewing her. She is a very likeable laid -back filly who has flourished throughout the preparation.”

For buyers looking for residual value who want to buy from a farm that produces racehorses such as Missrock, Lilliburlero, Egyptian Symbol, Satin Shoes and
Star Rolling, the 2020 Inglis Easter Yearling Sale draft by Cressfield is a must inspect. Eight fillies by eight incredible stallions from eight outstanding families. ©