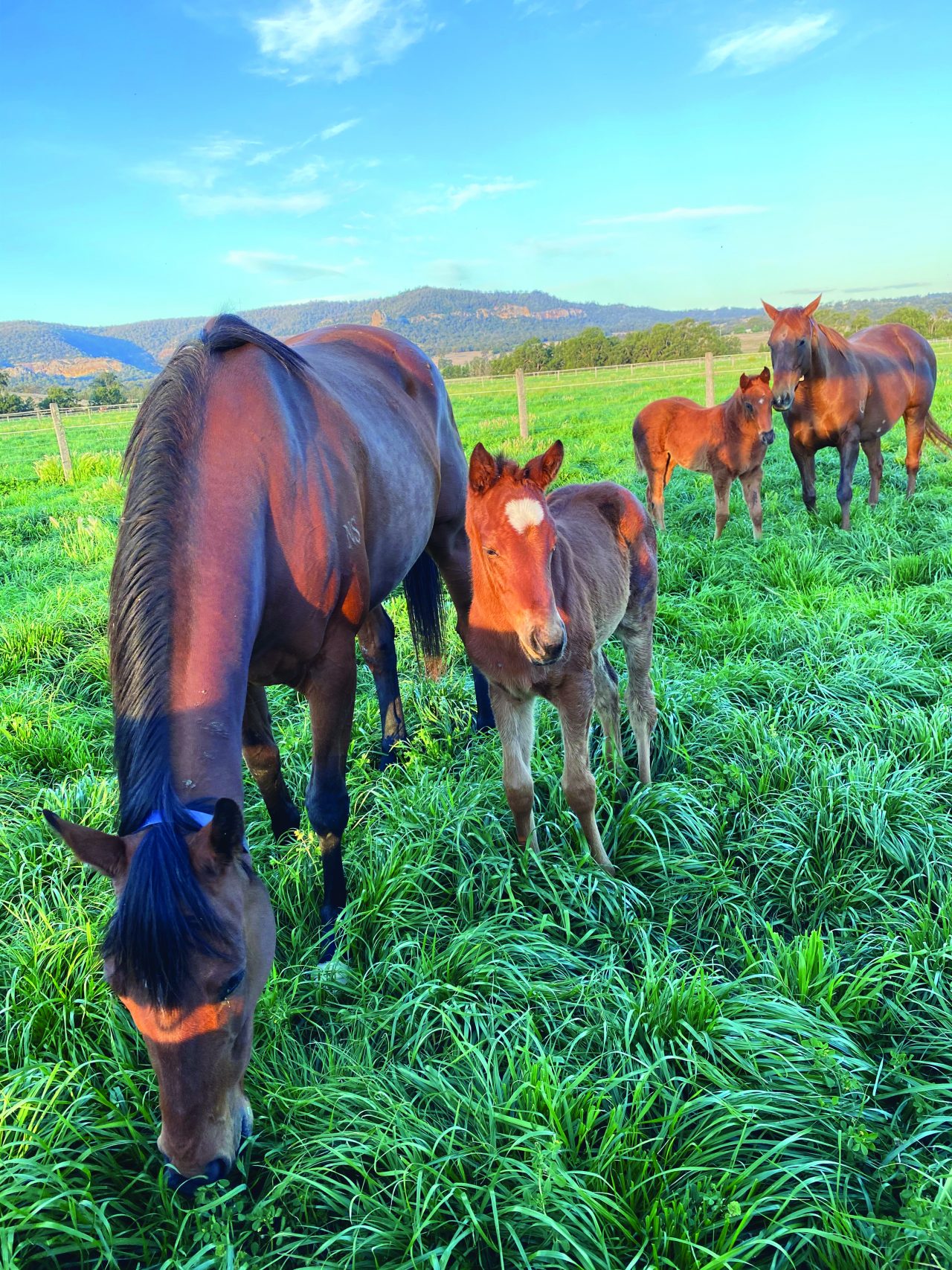 It’s been a while since Toolooganvale took yearlings north of the border to Queensland, but the trip in 2022 will be worth it. With horses like G1 winner Invincibella and stakes winners Prairie Fire, Secret Blaze and Savanna Amour coming from their paddocks, buyers would be remiss to overlook the select draft of four yearlings that Toolooganvale will present in 2022.

Bluebloods spoke to Toolooganvale’s Geoff Harris about the four yearlings they will offer to buyers, and why each of them has an appealing story.

What puts the magic into the Magic Millions race and sales series for you?

Magic Millions have created a carnival atmosphere that makes the most of the holiday summer vibe of the Gold Coast.
It’s the first sale of the year and continually gets good results for vendors, particularly as they attract lots of overseas people. Hopefully the international buyers will be able to be in attendance this year.

Of the four yearlings in the Toolooganvale draft, the Epaulette filly stands out. “She’s a good sized filly, nice and athletic, with plenty of bone, and is a sensible type who should go early. It’s a good running family with plenty of city winners.” One of those winners is Tambo’s Mate; the type of racehorse you’d dream of owning. He’s consistent with ten wins from 26 starts and has earned over $600,000, including victory in the 2020 Gr.3 BRC Sprint Handicap, and this spring, he’s already picked up four cheques with two wins in succession at the time of printing including the 2021 Listed Keith Noud Handicap over 1200m. His half-sister, lot 942, is by proven sire Epaulette whose sixteen stakes winners include G1 winners Red Lark and Soqrat. This yearling filly’s dam, Passagemaker (Canny Lad) has left three winners at stud who have won 22 races between them, and Passagemaker was herself a winner over 1200m and 1250m. This is a tough family, with Passagemaker’s dam Georgia Belle being a Listed winner, and Passagemaker’s half-brother being a city winner of nine races.

G2 Run to the Roses winner Menari got the best start to his stallion career when his first crop filly Menari Magic won the first two year-old race of the season in Queensland recently. With only 19 live foals in his current crop of two year-olds, and twenty-three in this crop of yearlings, lot 111 is a rare offering. Toolooganvale’s yearling filly is the second foal of quality racemare Highly Geared (Ad Valorem). Highly Geared won ten races including several in Sydney up to 1100m, and was placed in the Listed Chief de Beers Handicap. This is the family of G1 winner Imposera, Teranaba and Imprimatur. “She’s a well balanced nice filly with an athletic action.”

Already known as ‘the special K colt’, lot 695 is one of only four colts by fan favourite Kementari. G1 Randwick Guineas winner Kementari had only seven live foals from his only crop, before being gelded and put back into work where he has added to his already impressive race record with a win in the 2021 G2 Gilgai Stakes. This colt is the third foal of With Care (Bernardini) who won three races up to 1300m, and is a half-sister to Your Excellency, a city winner of thirteen races, from the family of G1 winner Bawalaksana, Gr.3 two year-old winner Shaaheq, and Group winner Payroll and Arbeitsam.

“There’s not much to say about him except that he is a dead-ringer for Kementari. He looks just like him, which is exactly the outcome we hoped for. He’s a nice, strong type.”

Rated the World Champion Sprinter after winning the G1 July Cup and G1 Haydock Sprint Cup (the same race won by Danehill) as a three year-old, Harry Angel’s first crop are yearlings in 2022. His colt, lot 1012, is out of winning mare Tea Roses (Exceed and Excel), herself a half-sister to stakes winners Chinchilla Rose, Ferocity, Chiaramonte, and Leone Chiara (dam of Champion 3YO Colt Star Witness as well as Nostradamus, and Embracer). Tea Roses has a three year-old and four year-old currently in work, who look like they will break their maidens in the next few months. “This is a great family with a staggeringly strong colonial pedigree. Magic Millions Gold Coast is a good sale for him as it suits the type of horse that he is.”

“We are really looking forward to following the careers of the yearlings we will sell in January 2022 and hope that they will add to the list of winners that have come off the farm so far.”

What is the most impressive (non-horse) thing you know how to do?

I love building and renovating houses. We are currently doing up our place which was originally built in the 1870s. It has all the old beautiful features like wooden floors, but unfortunately all the original fireplaces were removed at some point, so I’ll need to reinstate them.