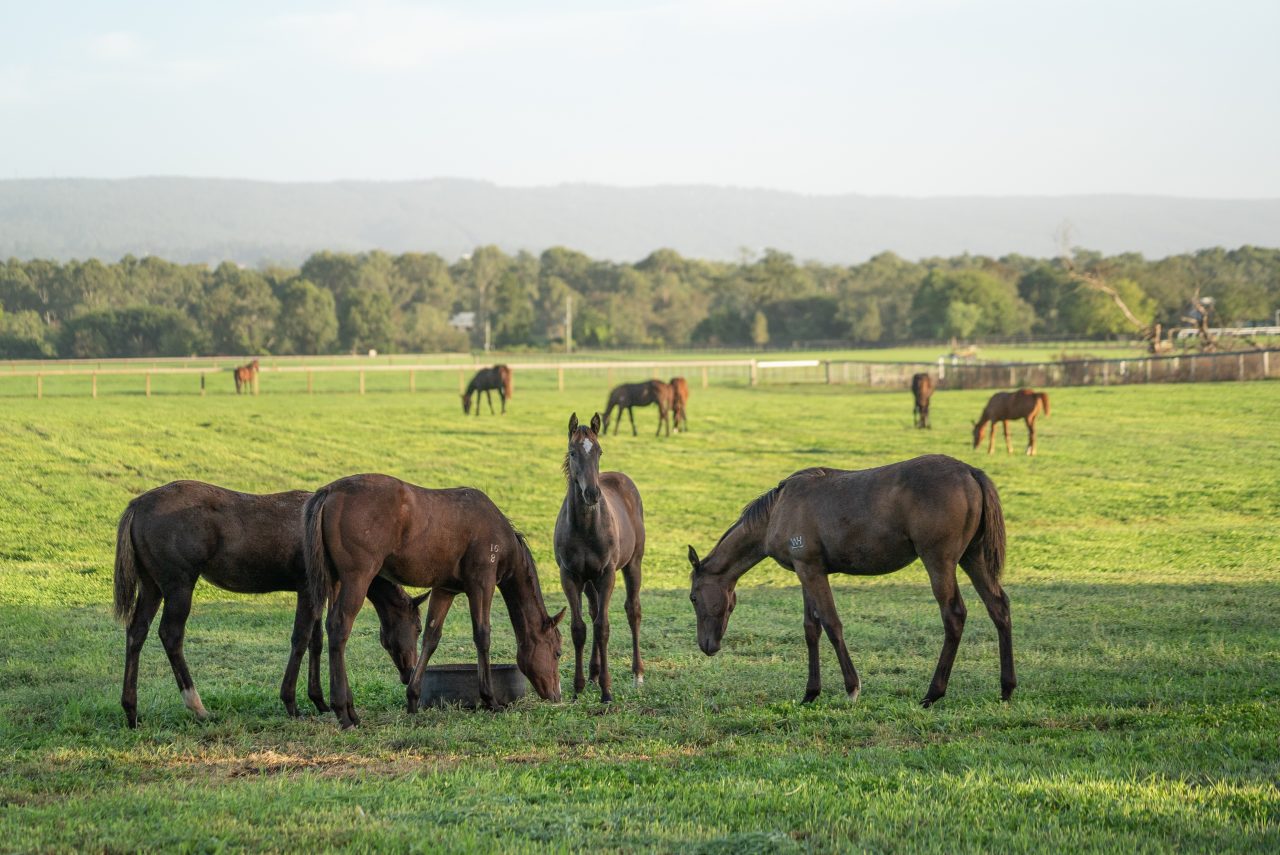 Tyreel Stud continues to enjoy success both on the track and in the sales ring and another Magic Millions full of highlights beckons.

Already showing talent at the trials are last year’s graduates Lalaguna, Narnia and Bridget Wenlock with those and others who went through the ring in 2021 ending up in the capable hands of Ciaron Maher & David Eustace, Greg Hickman, Richard & Michael Freedman, Chris Waller, Annabel Neasham and John Sargent.

“A strong, athletic filly with great scope to develop. Brings together two greats of the stud book in Zabeel and Fastnet Rock and is from a most progressive family.”

Lot 128 bay colt by Spirit Of Boom from Iamhere (by I Am Invincible): his dam is a four times winning granddaughter of the high class race and broodmare Triscay, five times Group 1 winning dam of seven winners including The Galaxy-G1, 1100m winner La Baraka who is in turn dam of the Magic Night Stakes-G2, 1200m winner Alizes who has two Group 1 winning grandchildren; Alizee and Astern.

“One of the strongest representatives of Queensland’s sire sensation. With great looks he has the ability to stir the imagination, especially considering what a great family he is from.”

Lot 149 chestnut colt by Capitalist from Isabella (by Poet’s Voice): he is the second foal for a half-sister to the Listed winners Golden Pistols and Keep The Faith from the family of the GB Champion 3Y0 Filly Lailani (the winner of three Group 1 races in three different countries) and the Group winners Faithful Son, Always Fair, Ley Hunter, Yalta and Naheef.

“A striking son of the Champion First Season Sire prepping very nicely. He has great balance with a terrific workman like attitude.”

Lot 232 bay/brown filly by Deep Field from Mabkhara (by Anabaa): what a terrific job her dam is doing, her five to race all being winners with three of those; Wandabaa, Malkovich and Seewhatshebrings all earning black-type. This is the prolific Group 1 Easy Date (her fifth dam) family of Snippets, Rewaaya, Sense of Occasion and Ertijaal as well as of the high class stallion Not A Single Doubt.

“A sharp, precocious filly from a current speed family, who is really developing into a Magic Millions type.”

Lot 537 bay filly by Not A Single Doubt from Smiles For Layla (by Zabeel): a half-sister to the recent city placed winner Laffalong, she is out of a dual city winner from the same family as lot 120 with their dams being full sisters by the prolific broodmare sire influence Zabeel.

“A striking, elegant filly from a great racing family offering a rare opportunity for investors to acquire one of the last Not A Single Doubt fillies to be offered at public auction.”

“A quality filly with athletic movement and a very focused mind.”

Lot 677 chestnut colt by Written By from Wanted Diva (by Wanted): his dam
is a city winning 3/4 sister to the stakes winner Rockolicious from the wonderful Jesmond Lass family that has produced the Group 1 gallopers
Canny Lass (this fellow’s third dam), Canny Lad, Camarena, Camarilla, Guelph, Sepoy and Bivouac.

“Sure to be one of Written By’s strongest and most precocious sons at the Magic Millions. A four star colt.”

Lot 691 bay/brown colt by Brazen Beau from Wildenstein (by Redoute’s Choice): a half-brother to this season’s winner Wild Tycoon, he is out of a city winning daughter of the Listed winner Allez France who produced another six winners including the stakes winning two-year-old Superfly. The wonderful filly Burst hails from this family.

“A real quality offering with great strength and movement, he is a colt who has kept on improving at every stage.”

Lot 828 bay colt by Pride Of Dubai from Bulle de Champagne (by Hurricane Run): bred on an interesting 4mx4m cross of the Group 3 winning high class broodmare Coup de Folie via her sons Machiavellian and Exit To Nowhere (also carrying strains of their relations Halo, Northern Dancer and Danehill), he is a half-brother to two winners out of an imported daughter of the French Group 3 winner Serisia whose son Contributer earned the title of Australian Champion Miler with his two Group 1 victories.

“A colt who requires a second inspection for serious buyers; his sire is showing great potential and this fellow has a truly International pedigree.”

Lot 851 brown colt by Deep Field from Charleah (by Myboycharlie): like Verry Elleegant, he boasts a cross of Eight Carat’s daughter Cotehele House, fourth dam of Deep Field and dam of this colt’s second dam sire Commands. He is a 3/4 brother to the dual Group winner Cosmic Force out of a half-sister to the Group 3 filly Onemorezeta.

“A powerful moving colt, bred by the same breeders (Ascot Park) and with the same fast look as his close relative Cosmic Force.”

Lot 856 chestnut filly by Deep Field from Chocolicious (by Kahal): a half-sister to the Group 3 placed multiple winner Notation, she is out of a South African Group 1 winner whose dam Candy Box was successful at Group 3 level.

“A sensational filly with great muscle tone and frame.”

Lot 895 bay filly by Better Than Ready from Crystal Wand (by Stratum): the second live foal for a winning 3/4 sister to the Golden Slipper Stakes-Gr.1, 1200m winner Crystal Lily from a strong stakes performing family whose members include the stakes winners Amaethon, Crystal Web, Crystal Wit, Crystal Dreamer, Persuader, The Actuary and Carrara.

“It could be said that we are saving the best for last with this outstanding filly. She has great size, strength and physique. She will arguably be one of the best representatives of her ever-improving sire.”